Finding the softest fabric material for your casual and premium shirts is an obsession for these two brothers and their cause behind it.

The story of Two Blind Brothers begins at a Bloomingdale’s. Many of our longtime customers and supporters may already know the folklore of the company origins, but the story truly best explains how we become obsessed with fabric material and the premium feel you get from high-quality casual wear.

At the department store, my brother and I, co-founders of Two Blind Brothers, lost each other among the clothing racks - though this didn’t keep us from continuing with our shopping. Once reunited at the front of the store, having made our purchases, we realized we had bought the same shirt.

Now, both Bradford and I live with Stargardt’s disease, a form of macular dystrophy where the center of the eye’s vision deteriorates over time while the peripheral vision remains intact. Often, we will show up at the same bar and not know each other is there until one of us picks up the other’s voice in the crowd.

So, shopping for clothes is really annoying for us, as it is for most people living with visual impairments.

That’s because a person with a visual impairment can’t just go into a store, spot a shirt they like, and try it on to see how they look. A person with a visual impairment instead has to rely on other factors to determine what they want to buy, such as how the shirt feels, how it forms to their body, how comfortable it is to wear, and what other people have to say about it.

Which brings us back to how we ended up with the same shirt - among the different fabric material, this shirt was made from the best-feeling fabric in the whole store.

Right then and there the idea for Two Blind Brothers was born: to make shopping easier for the visually impaired by creating the best shirts that appeal to everyone.


So, let’s get a better understanding of the shirts.

While searching through different fabric material to make the premium line of shirts, we found the perfect combination in a tri-blend fabric material made of 66% bamboo, 28% cotton, and 6% spandex.

Bamboo gives the fabric material a new level of softness beyond what typical cotton and silk can give you. That’s because bamboo fibers are long, circular and are not chemically treated, which means the fabric features no rough, grainy material that can irritate the skin. 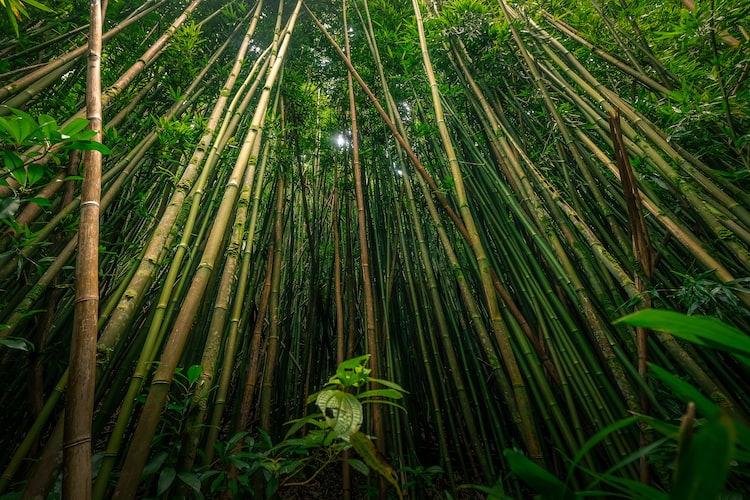 You’ll also find bamboo more breathable than other common fabric material. This is thanks to it being a grass, which needs to keep itself cool during intense bouts of heat. According to Fibre2Fashion, “the cross-section of the bamboo fiber is covered with micro-gaps giving the fabric better moisture absorption and ventilation,” which keeps the wearer “almost two degrees cooler in the heat and noticeably warmer in the cold.”

And if that wasn’t enough to make you a believer in bamboo, wearing it as a fabric material also protects your skin from the ultraviolet light rays of the sun. So, not only will you be noticeably cooler in the heat, but you’ll also have less of a risk of sunburn or any other skin issues caused by the sun.

Though bamboo has a lot going for it, the tri-blend material developed by Two Blind Brothers shores up some of its weaknesses to make not only a comfortable shirt but one structurally sound as well.

This is why cotton is used - because as soft as bamboo is, it is not entirely durable for everyday wear. Cotton has naturally high tensile strength, which makes it tougher to rip than other fabrics. And, according to Livestrong, cotton is 30% stronger when it’s wet, which means cotton can hold up after repeated washes.

As for the Spandex, it’s a common elastic fabric used to give garments shape, which it can accomplish with only making up as little as 2% of the fabric material. In a Two Blind Brothers shirt, the Spandex is the element that lets the shirt wrap snugly around your body while also giving it an impeccable drape.

The graphic tee line is also made with a luxurious tri-blend fabric, composed of 50% polyester, 25% rayon and 25% cotton.


Feeling Out the Fabric Material


It took a lot of hard work for us to find the different fabrics needed to make Two Blind Brothers shirts the softest shirts ever. In fact, we went through thousands of fabric samples searching for the right feel.

Instead, we put each fabric sample up to our cheeks to feel the intricacies of the fabric.

We knew our shirts would have to pack a wow factor. After all, since we were making shirts for the visually impaired, we knew the feel of the shirt would be our biggest differentiating factor. The different fabrics we chose would have to be softer than what our customers already had in their closets. And since we worked in eCommerce, we needed the shirts to impress from the beginning so we could build trust in our potential customers.

At Two Blind Brothers, we launched the eCommerce store selling shirts with our own proprietary fabric, which we thought was “amazing” and “the best in the world.”

But how would the rest of the world react?

All the hard work paid off. Post-launch, those who got the chance to wear a Two Blind Brothers shirt buzzed with positive word-of-mouth. “This is going to be your favorite shirt” was the consensus from the initial buyers to those sitting on the fence.


But Why Buy a Premium Shirt?


There’s more to wearing high-grade fabric material than just the way they feel on your skin, though that’s obviously important.

Wearing clothes you feel good in makes you a more confident person. And when you’re feeling confident, you think better, perform better, and get more accomplished. 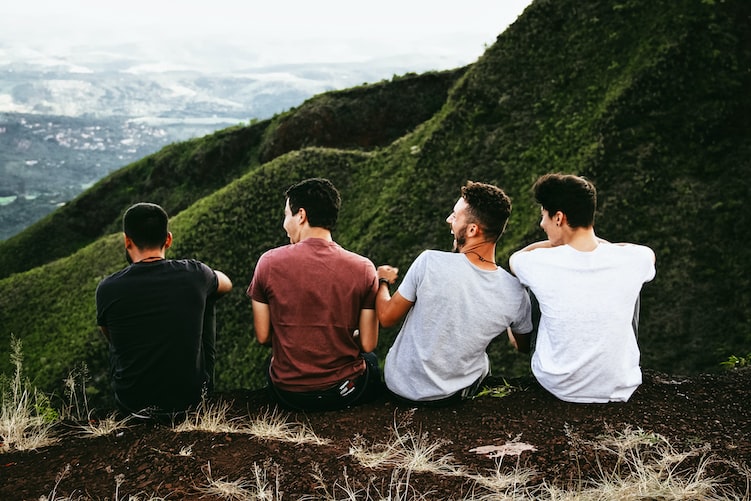 Though you may be able to find shirts out there made from cheaper fabrics, none will become your favorite shirt like a Two Blind Brothers shirt will. It’s like buying a nosebleed seat to your favorite band’s concert versus sitting front row - you’ll still enjoy the show, but spending a few extra dollars will turn it into a once-in-a-lifetime experience.

The stylish design and superior architecture of the shirt also works in numerous settings, from doing your Sunday night grocery shopping to finishing an assignment late at night in the office. Or for the more laid-back crowd, you can throw a blazer over the shirt and meet a client for a catch-up lunch.

After all, since it’s your new favorite shirt, you’ll want to wear it as many times as you can get away with.


How Two Blind Brothers Gives Back


What started as a relatively simple mission to make sure people with visual impairments had a trustworthy source for high-quality clothes has evolved into something even more extraordinary: to cure blindness altogether.

We do not take a profit; instead, we take the profits from the shirts we sell and donate 100% of the net profits to blindness treatment and research centers. We believe we are on the precipice of a breakthrough for the cure for blindness, and the next steps are to run clinical trials. But the clinical trials need funding to move to the next stage, which is why all proceeds from Two Blind Brothers are donated.

So, when you purchase a Two Blind Brothers shirt, you’re not only buying what’s sure to be your new favorite shirt, but you’re also joining the movement to end blindness. Who knew something so impactful could be accomplished through 1.5-yards of bamboo fabric material at a time?

From the Blind Spot + Show Details
Add to cart
No Thanks - continue to checkout
*If you don't like it, return it for a full refund